We all have seen the sky only black during the night, but in some parts of this Earth, the sky looks very colorful at night. There are many colors like green, pigeon, orange, etc. in the sky. This amazing phenomenon is known as Northern Lights. 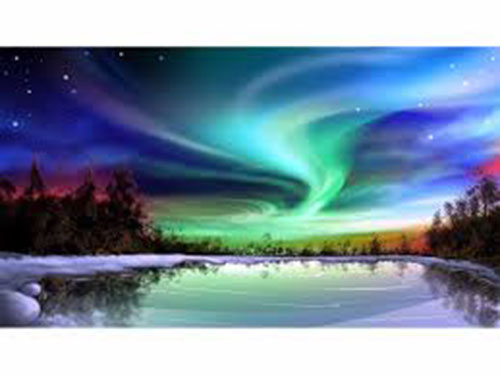 Twice a year in Europe and Alaska, colorful lights appear in the sky at night. These illuminations also appear on Earth’s North and South Magnetic Poles, which are called ‘Northern Light’. Their size ranges from 20 to 640 kilometers.

Northern Lights i.e. North Polar Light also called Aurora Borealis. These lights are produced by the collision of various particles of the Earth and the Sun’s atmosphere. And both are seen in poles i.e. in the north and south poles. The lights that appear in the south are called Aurora Australis. Most of these lights are dancing in the sky during the winter season. But if there is a cloud in the sky, the moon is lighted or the city is illuminated then it is very difficult to see these lights.

These lights are also visible in Alaska, Norway, Iceland, Sweden, Siberia, Canada, and Greenland. These are given different names according to their size, color, and height. At midnight of September 15, 2017, in kakawa Albert, Canada, a new pattern of Northern Light was discovered, named Steve. These lights are visible in many other countries that are located near the North Pole.

﻿Some Weird Phobias You May Have Never Heard of

History of the universe in one minute!