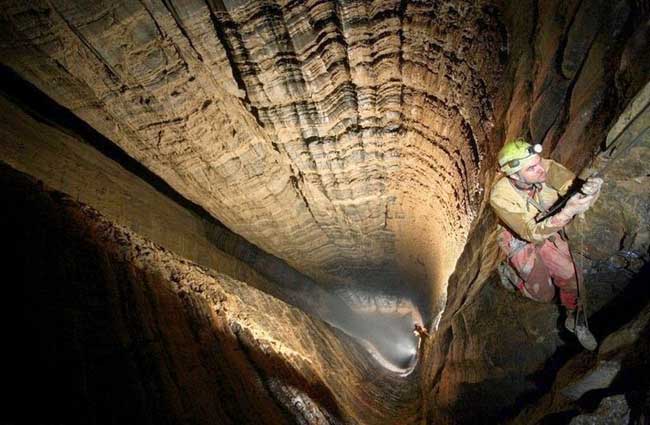 It extends for 13.432 kilometers (8,346 miles.) The entrance is surprisingly narrow for such a large cavern and the bottom was only located in 2001. There are several underground springs and pools within it, and according to those who explored the system, it consists of a number of deep pits connected by passageways. The best known of these is the Cascade pit which is over 500 feet (152 meters) deep and the bottom has a pool of water.

The cave was not explored until the 1960s. The local population was aware of the cave but did not have the means to explore it. The first experts to really study the Krubera Cave entrance were a group of Soviet speleologists who reported that they believed they had found an underground system that was unusually deep. 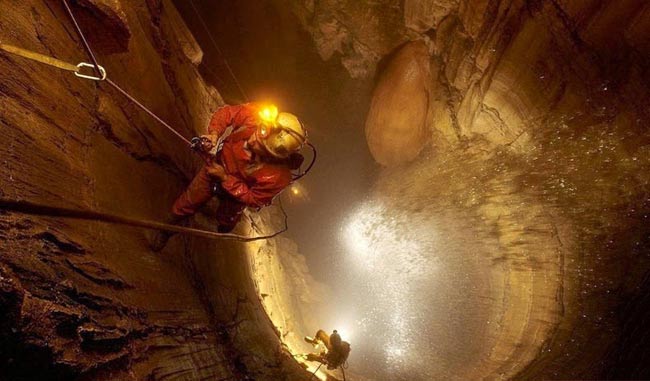 This team named the underground system after a great Russian geographer, Alexander Kruber, who is regarded as one of the founders of speleology. He was one of the first to survey of the area and published several papers on the caves and their geology. An alternate name for the site is Crow’s Cave ( Vronja), in recognition of all the crows who nest in its vicinity.

There were no further expeditions until the 1980s when a group of Ukrainian speleologists conducted the first large-scale expedition into the caverns. They were able to push down into the narrow connecting chambers and through tight choke points to a depth of 900 feet. 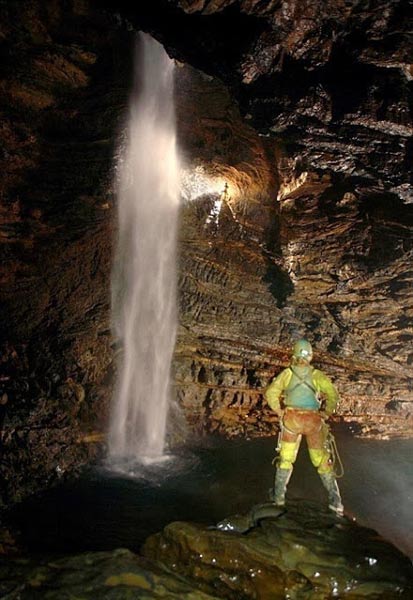 In 2001 an American expedition revived interest in the cave and on a series of Krubera cave expeditions they gradually managed to discover more pits, meanders, tunnels, and passages. Underground divers explored the many bodies of water of the cave system.