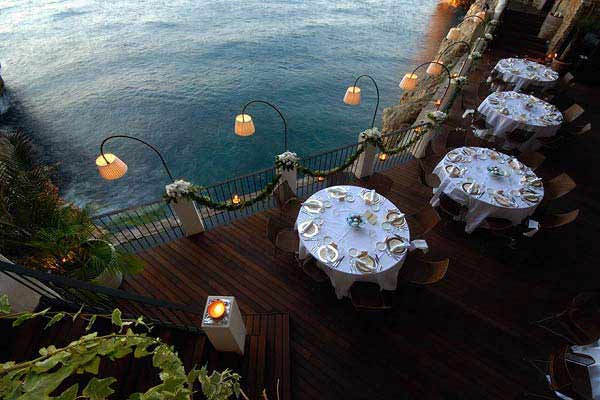 Limestone built in Polignano is said to be a thousand-year-old cave. In 1700 AD there used to be a Greek colony. Now the restaurant has been built on this cave. The tourists come here and enjoy the beauty of nature. There are all kinds of facilities available in the restaurant made in this cave.

Here the tourists come from far away to make candlelight dinner in the cold-cold winds of the sea. Grotta Palazzese restaurant has a very beautiful place to romantic dance and fun. That is why every year there are thousands of tourists coming to visit.

The Grotta Palazzese restaurant is internationally renowned, as evidenced by the many reviews on the most important magazines and blogs around the world. It has an outdoor lounge, set in a unique place in the world. In fact, the terrace that welcomes guests has been created within a natural cave, the “Grotta Palazzese” (or “di Palazzo”, as it was once called), from which it takes its name, a place known and used for parties and banquets since 1700. Famous, to regard, it is the watercolor of Jean Louis Desprez of 1783.

The terrace can accommodate up to 150 people, in a place that, although outdoors, is sheltered from the vault of the cave. On one side it overlooks the sea, with a splendid view of the coastal landscape and the marine horizon; on the other, towards the larger cave, the cave itself being composed of two caves of different sizes. The entire terrace also includes an area with more reserved seats.

Do you know? About the world’s most expensive bra?