The Danakil Depression is the northern part of the Afar Triangle or Afar Depression in Ethiopia, a geological depression that has resulted from the divergence of three tectonic plates in the Horn of Africa.

The Danakil Depression lies at the triple junction of three tectonic plates and has a complex geological history. It has developed as a result of Africa and Asia moving apart, causing rifting and volcanic activity. Erosion, inundation by the sea, the rising and falling of the ground have all played their part in the formation of this depression. Sedimentary rocks such as sandstone and limestone are unconformably overlain by basalt which resulted from extensive lava flows. 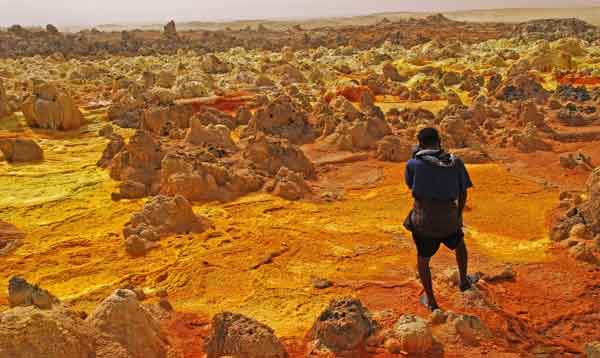 Danakil is dotted with lava lakes that bubble inside the volcanic calderas of the Dallol area, and hot springs and hydrothermal pools permeate the air with the distinct rotten-egg smell of sulfur. The youngest volcano, called Dallol, is relatively new. It first erupted in 1926. The whole region is more than 100 meters below sea level, making it one of the lowest places on the planet. Amazingly, despite its toxic environment and lack of rainfall, it’s home to some lifeforms, including microbes. 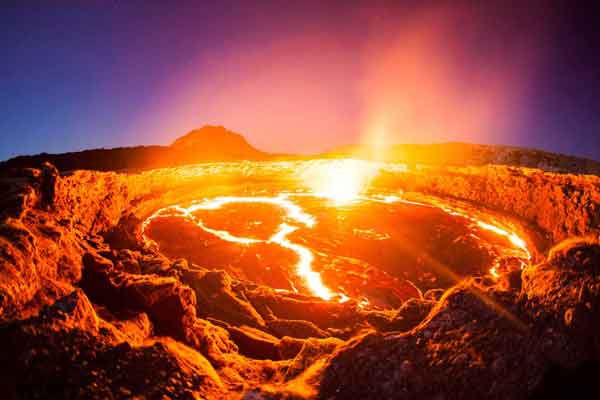 This region of Africa, which spans about 40 by 10 kilometers in area, is bordered by mountains and a high plateau. It formed as Earth pulled apart at the seams of plate boundaries. It’s technically called a “depression” ​and was shaped when three tectonic plates underlying Africa and Asia began moving apart millions of years ago. At one time, the region was covered by ocean waters, which laid down thick layers of sedimentary rock and limestone. Then, as the plates moved further apart, a rift valley formed, with the depression inside. Currently, the surface is sinking as the old African plate splits into the Nubian and Somali plates. As this happens, the surface will continue to settle down and that will change the shape of the landscape even more.

Danakil has some very extreme features. There’s a large salt dome volcano called Gada Ale that measures two kilometers across and has spread lava around the region. Nearby bodies of water include a salt lake, called Lake Karum, 116 meters below sea level. Not far away is another very salty (hypersaline) lake called Africa. The Catherine shield volcano has been around for just under a million years, covering the surrounding desert area with ash and lava. There are also major salt deposits in the region. Despite the dangerous temperatures and other conditions, that salt is a major economic boon. The Afar people mine it and transport it to nearby cities for trade via camel routes across the desert. 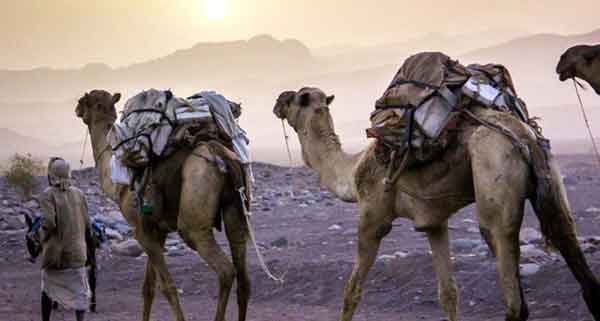 In a few million years, the Red Sea will come pouring into the area, extending its reach and perhaps forming a new ocean. For now, the region draws scientists to research the types of life that exist there and map the extensive hydrothermal “plumbing” that underlies the region. Inhabitants continue to mine salt. Planetary scientists are also interested in the geology and life forms here because they may hold clues to whether or not similar regions elsewhere in the solar system could also support life. There is even a limited amount of tourism that takes hardy travelers into this “hell on Earth.”

Some interesting facts about the Apple company